Wearing your culture – the Nivi drape and the Mundum Neriyathum

This post was last updated on August 12, 2021 by Preethi Sukumaran

My daughter’s school is festive with pookolams today as the school gets together to celebrate Onam. A traditional Onam Sadya is going to be served at school, and all the children are wearing traditional clothes today.

Onam is a multi religious festival in Kerala which celebrates the Vamana Avatara of Vishnu and the homecoming of their King, Mahabali.

After being sent in the underworld by the Vamana Avatar of Vishnu, King Mahabali is said to visit his subjects and his kingdom once a year on Onam, from the netherworld , and it is this visit along with the coming of the Vamana Avatar itself that is celebrated at Onam. The festival also celebrates the bounty of nature’s harvest and homes are decorated with beautiful flower kolams or pookolams and a grand 26 dish repast, called the Onam Sadya is served across homes in Kerala.

As with all festivals in India, the attire you wear tells everyone that you are celebrating something. The Saree, which for a lot of us today is worn only during a festive occasion, has been traced back to the Indus Valley civilisation. The word saree itself originated from the Prakrit word, “Sattika” which meant a strip of (unstitched) cloth.
In the Indian tradition, the navel of the Supreme Being is considered the seat of life and creativity, which is why the traditional saree wearing style leaves the midriff bare. The sari finds mentions in Silaapadikaram and Banabhata’s “Kadambari” which describe the sensuous grace of women in sarees.
When Draupadi was dragged into the Kaurava court after being gambled away, the Mahabharata mentions that she was wearing an “Ekavastra” – or a single piece of unstitched cloth. This definition continues to hold true until today, and the sari is a 4 – 9 metre long piece of unstitched cloth.
Some historians believe that the men’s dhoti is the forerunner to the saree. Gandhara and Mathura sculptures from 1 AD to 6 AD,  depicts dancers and goddesses wearing a dhoti as a wrap, draped loosely around the legs and flowing into a decorative piece in front of the legs like a fish tail. No upper garments are shown.

In the ancient world, whether it was India, Greece, Mesopotamia, draping an unstitched cloth was considered the most elegant way to dress. It was the art of the elite to arrange the folds of a toga or the pleats of a sari to give them a garment that was both aesthetically pleasing and also enabled their easy movement.

The toga, for instance was a 6 metre unstitched woollen cloth worn over a linen tunic, adapted from the native dress of the Etruscans. It was believed to have been established at the time of Numa Popilia, the second king of Rome, and was considered the only decent attire that a Roman could wear outdoors. Free citizens of Rome wore Togas to distinguish themselves from the slaves who only wore tunics. From 2BC, the toga began to be seen as the symbol of Roman citizenship, so much so that when Emperor Augustus saw a meeting of citizens without the toga, he is said to have quoted the poet Virgil’s lines and referred to Romans as “rerum dominos, gentemque togatam” (Lords of the World and the Toga wearing race) and then instructed people not to appear at the Forum or Circus Maximus without their Togas.
Draped unstitched garments are now lost and are no longer worn in most of the Western World. They still continue to exist in Scotland through the Scottish Kilt. However, Asia continues to maintain its tradition of wearing draped, unstitched garments through the Sub Continent’s Sari and Dhoti and the South East Asian sarong.
The sari drape we wear across India is called the Nivi drape. Apart from this more than 100 different drapes exist across India, favoured by different regions and communities.

The Nivi drape, gained nation wide acceptance around Independence for a variety of reasons.
The paintings of Ravi Varma were as important factor: while he depicted women in different saree drapes, including the Mundum Neriyathum which we are going to explore, he metaphorically depicted the Indian subcontinent as a Mother wearing a flowing Nivi drape.
Cinema also had an important role to play in the adoption of the Nivi drape. Many actresses in the early decades of Indian cinema were usually featured in the Nivi drape unless they portrayed women from different regions which were symbolised by different saree drapes.

The freedom movement in India which was symbolised by Khadi was another factor in the universal adoption of the Nivi drape. The Indian women freedom fighters wore their Khadi sari using either a Nivi drape or a Gujarati drape.

Maharani Indira Devi of Cooch Behar popularised both the Chiffon sari and the Nivi drape. The chiffon sari would later be worn with equal grace, beauty and aplomb by her second daughter Maharani Gayatri Devi of Jaipur. Maharani Indira Devi was a trendsetter in many other ways apart from her sari draping style. At 18, she famously broke her engagement to the Raja of Cooch Behar as she had fallen in love with his younger brother, and wrote to the Maharaja herself calling off her wedding. After being widowed early, she followed the convention of wearing whites, but transformed her mourning clothes into clothes of fashion by having silk chiffon saris woven in France to her specifications. This new chiffon sari along with the other factors we discussed homogenised sari fashion across India.

However, despite the popularity of the Nivi drape, certain traditional drapes of sari continue to be associated with our festivals.
For Onam, which is being celebrated across Kerala and in many Malayalee homes outside of the home state today, Onam is teh occasion to wear the the Mundum Neriyathum.
Our guest writer today, Gitanjali Menon, a friend of mine from college, a proud Malayalee and a person who celebrates her cultural roots with great joy has graciously agreed to write this mini piece today for us. A banker by profession, Gitanjali has taken time off to nurture her two young girls. She is passionate about classical dance and is currently returned to her passion and is training in Bharathanatyam at Triveni Kala Sangam, New Delhi. She blogs in her free time and is also training in classical piano.
Here is Gitanjali speaking about the Mundum Neriyathum.
A traditional garment in Kerala, Mundum Neriyathum, is made up of starched undyed hand woven cotton cloth worn by women. The material is comfortable and suitable for the hot and humid climate of Kerala and can be washed regularly requiring very little maintenance.
The attire comprises of two pieces of cloth, the Mundu and the Neriyathum.  They are normally white or cream in colour and have a plain or designed border called ‘Kara’ in Malayalam. The ‘Mundu’ or ‘Thuni’ meaning cloth in Malayalam is worn around the waist and extends to the ankles in length and the ‘Neriyathu’ is either draped diagonally like a saree over the left shoulder (modern style of draping) or wrapped around the torso and tucked into the blouse (traditional style of draping). The blouse is normally worn matching the Kara of the Neriyathu. The Mundum Neriyathum is also known as the Set-Saree or Set-Mundu as it is a set of two mundus. This garment is believed to have inspired the ‘Nivi’ or national style of draping Sarees, which is popular amongst most Indian women.
There are many different theories about the origin of this attire. In Buddhist and Jain Literature there is mention of  ‘Sattika’ which was the surviving form of the ancient Saree.  The Mundu is the extant form of an ancient clothing referred to as ‘Antariya’ or lower garment and Neriyathu is the modern adaptation of a thin scarf worn from right to left shoulders referred to as ‘Uttariya’ in ancient Buddhist and Jain texts.
The narrow borders along the Mundu Neriyathum are also believed to be an adaptation of the Greco Roman costume ‘Palmyrene,’ which comprised of two pieces of cloth; one worn over the body and the second, called ‘Palla,’ long piece of unstitched cloth, worn over the left shoulder. It is believed that traders from the Mediterranean visiting the Malabar Coast must have introduced it and the attire has evolved over time to its present look

During festivals such as Onam and Vishu, most women wear another variant of the Mundum Neriyathum called the ‘Kasavu Mundu.’ The Kasavu Mundu is different because of its golden/copper or Zari border, which gives the attire a richer look. During the festival of Onam all women across age groups wear a Kasavu Mundu and perform a folk dance called ‘Kaikottikali’ in a circle around a ‘Nilavilakku’ or large lit lamp. Traditionally, young unmarried girls wear green coloured blouses and married women wear red blouses with their Mundum Neriyathum.
A part of our sustainable fabric series is about celebrating our cultural roots and our traditional Indian attire. We have more posts on the subject coming up. In the meantime a very happy Onam to you.
We hope that our series on sustainable fabric is inspiring you to take a closer look at your wardrobe. Our series on sustainable fabric has the following posts: 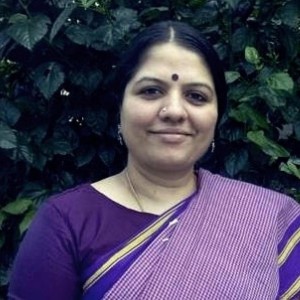 Preethi is deeply committed to the formal study and application of the timeless principles of right living as laid down in the Ayurvedic canon. At Krya, her synthesis of ayurvedic principles with botanical expertise drives R&D & Product development. We have over 100 proprietary formulations in the market today which are trusted and loved by our consumers. Preethi is also deeply passionate about building Krya based on the Indic principle that Dharma leads to Artha ; we call this "Dharmic Entrepreneurship". She works with the Krya team on establishing Krya as one of the most trusted wellness brands in the categories we operate in.
Leave a Reply Cancel reply

This site uses Akismet to reduce spam. Learn how your comment data is processed.

According to Ayurveda, greeshma rtu is a two month season of peak summer. It lasts from mid-May to mid-July. Greeshma rtu is

People often come and ask us, can we use onion oil to treat intense hair fall? When we suggest Krya products combined

This post was last updated on April 18, 2022 by Preethi Sukumaran Ayurveda has a strong and well-researched point of view on

What happens when you don’t remove makeup with a proper makeup cleanser & leave it on at night? When we posed this

Get notified about new articles